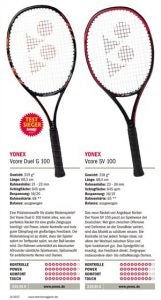 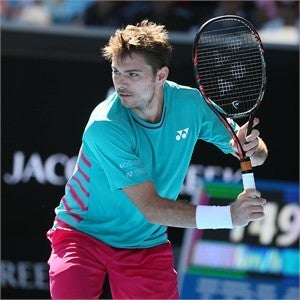 With a focus on casual club players, the magazine reviewed 18 different racquets, evaluating them in the areas of control, power, comfort, and touch. The VCORE Duel G 100 was rated 10/10 for touch, along with 9/10 in the areas of control, power and comfort. It was described as a precision-oriented racquet ideal for hard-hitting players, offering extraordinary power, perfect control and great comfort. Among praise for the racquet, one reviewer mentioned that it has “top control, great power and, above all, an amazing feel! There is nothing you can’t do with the VCORE Duel G 100.”

The VCORE SV 100+ was recommended for players who like to alternate between offense and defense at the baseline, offering high spin speed and accuracy. At age 17, the youngest tester mentioned that it was “a fantastic racquet that’s comfortable to use.”