LONDON – Nick Kyrgios defeated American Brandon Nakashima on Centre Court to reach the quarterfinals for the first time since 2014. In his second-straight 3-plus hour match, Kyrgios got a crucial break at 1-1 in the 5th set, capitalizing on his first break point opportunity since the second set.

Against an incredibly steady opponent, Kyrgios countered with his patented power, hitting 35 aces and 79 winners, more than doubling the counts his opponent put up.

Kyrgios will play unseeded Cristian Garin for a spot in his first major semifinal.

Tatjana Maria saved two match points in the fourth round to continue her inspirational run after returning from maternity leave less than a year ago. Maria’s unconventional game – featuring an array of spin and slice – frustrated her opponent into committing 57 unforced errors to Maria’s 15.

After dropping the first set in her opening round match, Marie Bouzkova has been nearly flawless. Bouzkova hit just four unforced errors en route to her third straight 2-set victory.

Elena Rybakina is one of the top seeds remaining in the women’s draw. In her second Wimbledon, the 17-seed has reached one round better than her debut advancing to the quarterfinals. 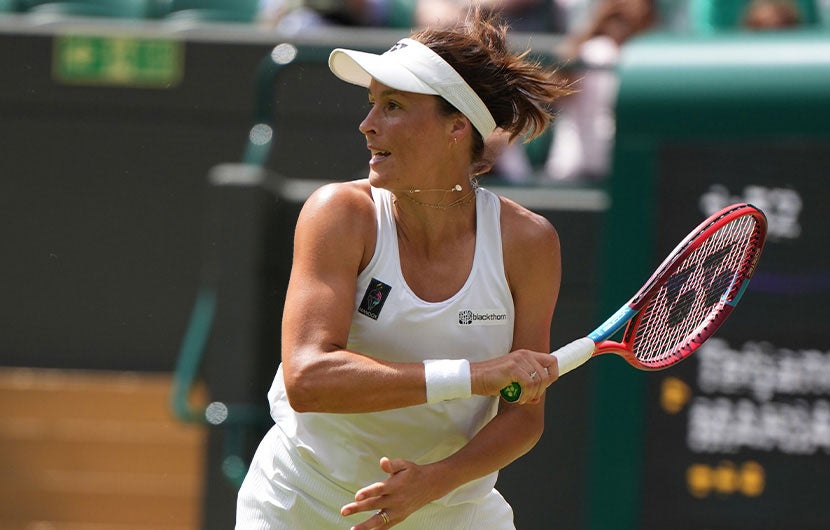