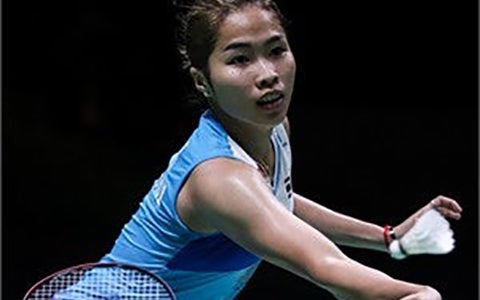 The finals in each division at the Yonex German Open were held on March 3rd. Using the NANOFLARE 700, mixed doubles pair Seo Seung Jae (KOR) and Chae Yu Jung (KOR) defeated the 11th-ranked Indonesian pair in straight sets, 21-17, 21-11. On the heels of their Spain Masters victory, this is their second championship in many weeks.

For the women's singles finals, Ratchanok Intanon (THA) and Akane Yamaguchi (JPN) had a fierce battle with the matching lasting for one hour and ten minutes. Yamaguchi tenaciously prevailed in a comeback victory of 16-21, 21-14, 25-23, making this her third straight championship at this tournament. Intanon, who wields the NANOFLARE 700.