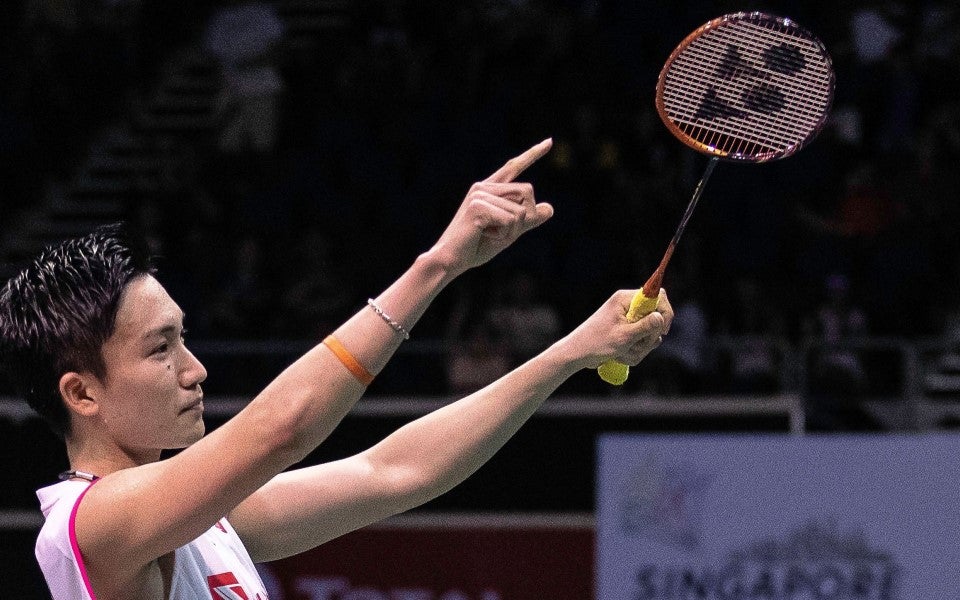 Singapore — The Singapore Open did not disappoint this year for either Team Yonex or the fans. Kento Momota (JPN) won in a thrilling seesaw battle with Anthony Ginting (INA), while Thai mixed doubles pair, Dechapol Puavaranukroh and Sapsiree Taerattanachai overcame the world’s top pair to win their highest achievement yet. In both men’s and women’s doubles, Japan made its opening arguments for this month’s Asian Games and next month’s Sudirman Cup.

Ginting has beaten Momota just three times in their previous nine meetings, most notably at last year’s China Open, and he looked very much on course to do so again, as he smashed his way to an early first game win, allowing Momota just 10 points. Even in the second game, Momota found himself 11-16 down, but Momota’s stamina was unwavering, as he fought his way back to take the second game 21-19. That seemed to take the wind out of Ginting’s sails, and Momota eventually sealed the deal at 10-21, 21-19, 21-13 in one hour and 13 minutes.

The third-seeded mixed doubles Thai pair required less than half that time to sail past Malaysians Tan Kian Meng and Lai Pei Jing. After upsetting World No.1 pair Zheng Siwei and Huang Yaqiong in the semifinals, nothing was going to stop them from cruising to a 21-14, 21-6 win in the finals for the biggest win of their careers.

In men’s doubles, Takeshi Kamura (JPN) and Keigo Sonoda (JPN), continuously one of the most exciting pairs on the tour to watch, ran up against the Indonesian pair, Mohammad Ahsan and Hendra Setiawan. Kamura and Sonoda fairly easily took the first game, but in the second, the paid found their footing against the high-flying energy of the Japanese pair and squeaked out a win at 19-21. But it was not to last, and Kamura and Sonoda went on to win their first tour title of the year at 21-13, 19-21, 21-17. 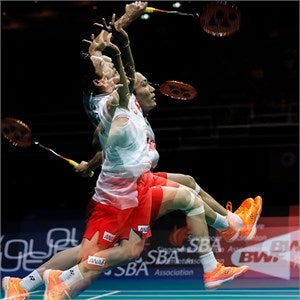