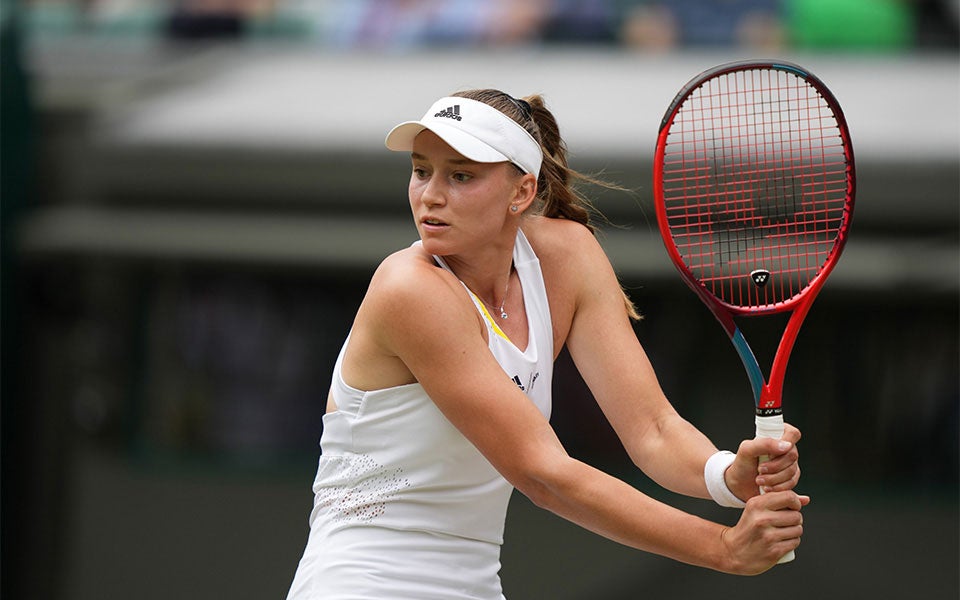 LONDON – Elena Rybakina walked onto Centre Court for the first time in her career to play the semifinals against former Wimbledon Champion Simona Halep.

The only thing Ryabkina lacked on Thursday was experience. It was Rybakina’s second appearance at Wimbledon vs. the 2019 champion’s 10th. Entering this year’s tournament, Rybakina had only won 3 matches in SW19 vs. Halep’s 24.

To open the match, Rybakina came out firing, winning her service game at love. She immediately broke Halep in the next game to take a 2-0 lead. Rybakina, who was never in danger with the ball in her hand, dropped just seven points on serve and never faced a break point in the opening set.

The second set began the same way as the first with Rybakina taking a 2-0 lead. However, Rybakina had a loose service game, committing four straight unforced errors, allowing Halep to get her first break of the match and even the set.

Despite the quick drop in play, Rybakina was never rattled. She immediately broke back consolidated her lead to close out the match, 6-3, 6-3.

Looking forward to the finals, Rybakina said, “It's time to enjoy and really have fun on court.”

Rybakina will play Ons Jabeur, who defeated Tatjana Maria in the other semifinal, for the title on Saturday. It is both Rybakina and Jabeur’s maiden major final.