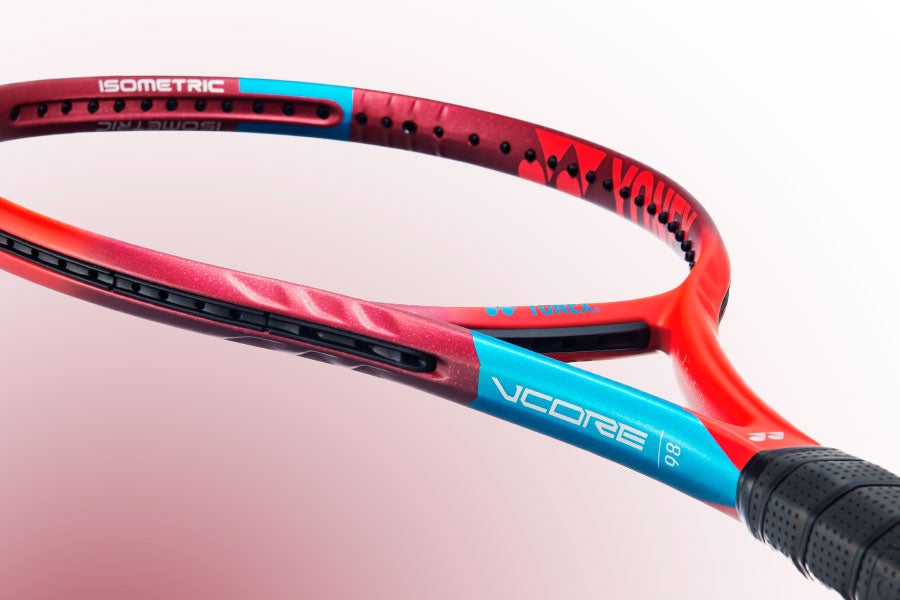 TOKYO — Yonex Co., Ltd. is proud to announce the launch of the 6th-generation VCORE racquet on Jan. 15, 2021. With a focus on spin and speed, the VCORE features a toolbox of spin waiting to be unlocked – heavy spin, attacking spin, topspin, backspin, side spin.

A new frame design shifts the widest part of the racquet towards the upper hoop for more string movement where players make contact the most. The frame thickness in the upper hoop is also reduced by 3% for increased racquet head speed.

2G-Namd Flex Force2, a transformation from the previous graphite used, is incorporated in the upper throat to lower frame, allowing the racquet to quickly flex and snapback for maximum spin potential.

Unique to Yonex, String Sync Grommets at the 12 and 6 o’clock positions move in sync with the main strings to increase string snapback speed, producing a ball that bites.

Now incorporated into all four of Yonex’s main racquet series, Vibration Dampening Mesh (VDM) is wrapped around the graphite within the grip to filter out unwanted vibrations.

Three-time Grand Slam Champion Angelique Kerber (GER) and Denis Shapovalov (CAN) will debut the VCORE in early-January to begin their 2021 season.

The Yonex Stringing Team recommends pairing the new VCORE with these Yonex strings:

Easy spin and maneuverability
The widest part of the frame is shift toward the upper hoop for more string movement, while the frame thickness in the upper hoop is reduced by 3% for increased racquet head speed.

Aggressive, attacking spin
Incorporated in the upper throat to the lower frame, new Flex Force graphite allows for the racquet to quickly flex and snapback for maximum spin potential.

Ball bite and spin
A thin grommet nozzle is inserted into a larger frame hole allowing the string to move together with the grommet for faster snapback.

For added touch and precision
A stretchy mesh material is wrapped around the graphite within the grip to filter unwanted vibrations. 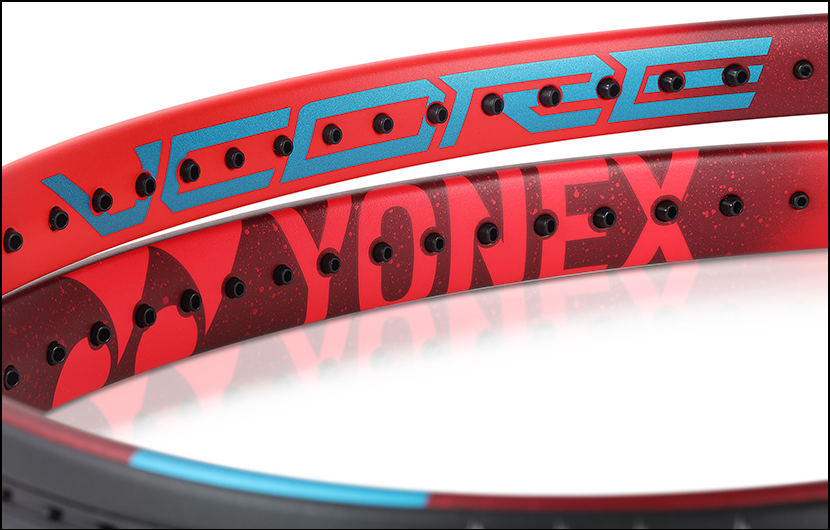 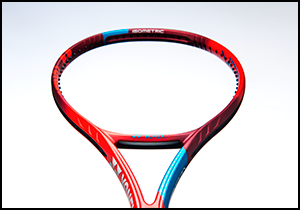 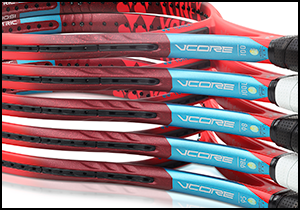