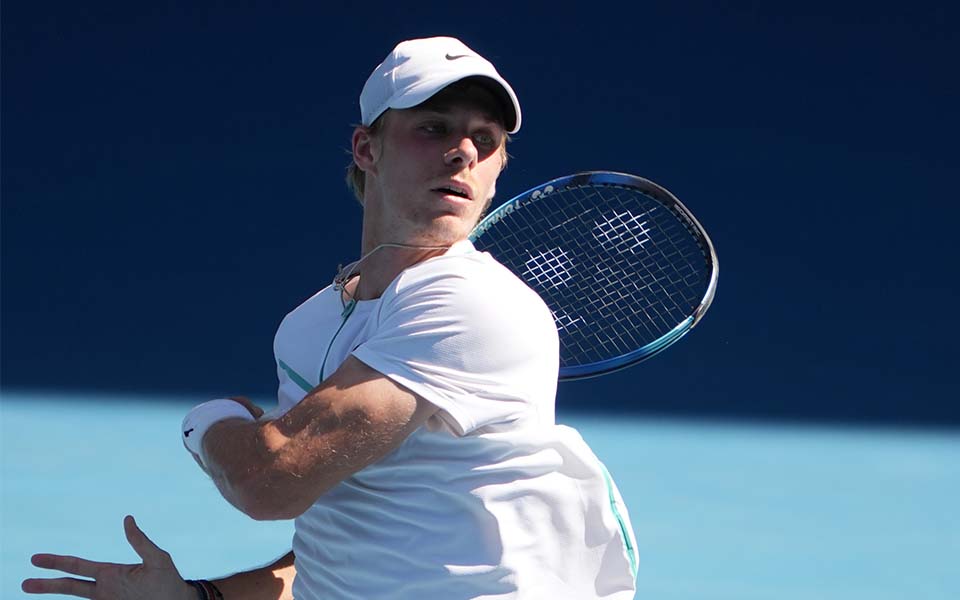 TOKYO – World No. 12 Denis Shapovalov conducted a thorough play test of Yonex racquets in the offseason and found the 7th-generation EZONE racquet with POLYTOUR STRIKE string as the most suitable for his game.

Shapovalov, who previously competed with the VCORE 95, approached Yonex’s Research & Development team wanting to learn about the VCORE 98, VCORE PRO 97, and EZONE 98.

“I know Yonex is always looking for the next innovation and was interested about the new technologies in some racquets,” said Shapovalov.

Although Shapovalov had no intention of making a change, he was intrigued by the power, comfort, and control of the EZONE racquet that he wanted to use it during the Mubadala World Tennis Championship exhibition event in late December 2021.

After a third-place finish with a victory over Rafael Nadal, Shapovalov was encouraged by his progress and took the EZONE to Australia to begin the 2022 season.

At the ATP Cup in Sydney, Shapovalov helped lead Canada to their first team title at the event. He took that momentum into the year’s first major and reached the quarterfinals of the Australian Open before bowing out to Nadal in five sets.

“I just love the easy power and control I am getting from my shots all over the court,” said Shapovalov. “The biggest difference is on my returns where I’ve been able to neutralize more serves with ease.”