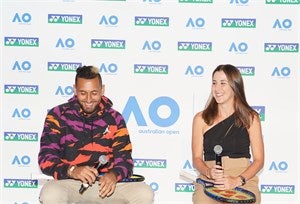 MELBOURNE – “Ladies and gentlemen, start your engines!” Surrounded by high-performance, precision-crafted cars, Team Yonex gathered for the global launch of the 6th generation EZONE racquet series. Throughout the night, other exciting announcements were made such as our 5th year as the Australian Open Official Stringing Team and a partnership with the NK Foundation.

Nick Kyrgios (AUS) and Belinda Bencic (SUI) spoke about the new EZONE after debuting it in warm-up tournaments to begin their season.

“It’s a trademark from Yonex to combine power with control. It’s what I need in my game – it’s a really good advantage to have this,” said Bencic. Kyrgios later on added, “As Belinda said, it suits our game style. We like to play an attacking game so it suits both our games pretty well.”

Developed in-house with the knowledge and experience from four Australian Open events and five Olympic games, the innovative tools will support the Yonex Stringing Team to provide precise, quality service to athletes competing at some of the world's highest-level tournaments.

About NK Foundation x Yonex
From on-court to off-court topics, Kyrgios also explained his active role in Australia’s bushfire relief, as well as discussing the roots and his vision for the NK Foundation.

Combining the spirit of recycling and giving back, the NK Foundation and Yonex collaborated to produce one-of-a-kind bracelets to support underprivileged youth. Made from tennis string used at the Australian Open, tournament attendees can purchase a bracelet where proceeds go to the NK Foundation.

“I want [underprivileged youths] to have the opportunity to play a sport like I did when I was a young kid,” said Kyrgios. To support his cause, visit the NK Foundation website or Show Court Three during the Australian Open to purchase a bracelet.

The 2020 Australian Open starts today. For a preview of #TeamYonex leading up to the tournament, click here

*Additional information on the PRECISION SCAN will be released late Spring 2020. 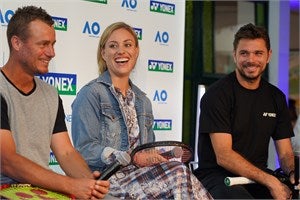 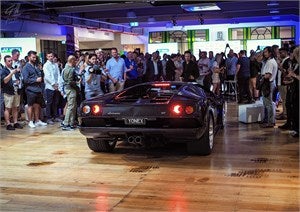